According to a study done by the U.S. Department of Education (USED) in 2013 -2014, over 14% of students in the USA were chronically absent in schools. Chronic absenteeism is a long-time problem that schools and other stakeholders have never found solutions for. The job that every player in the education sector has to take on is finding a permanent solution for this escalating problem.

In this article, we shall discuss what chronic absenteeism means, its causes, and its impact on our society. Let’s jump in.

What is Chronic Absenteeism?

Chronic absenteeism is when a student misses more than 10% of their classes, whether excused or unexcused. For instance, if a student misses three or more days of school within a given month, that is considered chronic absenteeism. Missing three school days in a month may not seem that much to some people, but that is equivalent to missing more than one month of school in a year if one continues with the same trend each month.

There are several reasons as to why students miss school, and some of the common ones include the following;

Illness: Chronic diseases and illnesses are one of the leading causes of chronic absenteeism in schools. Students with health complications like asthma, Pneumonia, cancer, and other illnesses often find themselves missing school for a couple of days every month.

Bade grades: Another common reason that students give for being perpetually absent is consistently getting bad grades. Bad grades are demotivating, and if the matter is not handled well by parents and teachers, some students opt not to appear at school on some of the days.

Bullying: Bullying is still a common problem in schools and often makes students feel unsafe to attend school. The victims of bullying are often students who are weak physically and those that are physically disabled. Schools and parents need to work hand in hand if bullying is to be eliminated from our schools.

Emotional issues: When a student’s mental health is not in the perfect state, they can often opt not to attend school more so if they don’t expect to be helped by the people they will find there. To solve this issue, teachers and parents need to work hand in hand in identifying students with emotional problems and helping them in whatever way they can.

Poverty: Students who come from poor families often find themselves missing school more than their colleagues from well-off families. Going to schools often requires a parent to make some financial contribution to meet the schooling needs of their children. In some cases, some students don’t have enough food at home, which makes it harder for them to even think of attending school daily.

The Impact Created by Chronic Absenteeism

Poor grades: Students that don’t regularly attend school often get poor grades because the lessons they miss while they are away from school are also examined. No matter how brilliant a student is, it is not easy for them to catch up with their colleagues if they don’t attend all classes.

A student who doesn't regularly attend school will often find it harder to make friends than their colleagues that go to school every day.

Emotional and mental health issues: When a student is away from school, they often find themselves worried of how they will be able to catch up when they finally go back to class. This kind of situation is common for students that miss school as a result of unavoidable situations like a sickness. Being isolated from colleagues is something most students are not used to, and for some, it may even lead to depression if not well-handled by their parents and teachers.

The price that a child has to pay for not being at school regularly is really high. Chronic absenteeism does not only affect the child’s ability to learn but also affects their social life both in the short and long term.

At El Sol Neighborhood Educational Center (El Sol), Community Health Education Workers (CHEWs) partnered with San Bernardino Unified School District to address chronic absenteeism by deploying four CHEWs to close the gap between district resources and families in need. The program made close to 500 referrals to health insurance enrollment, child/youth services, local community food resources, leader and empowerment workshops, and clinics. Showcasing the strong association between CHEWs interventions with families and reductions in both the number of days missed in school and the overall absenteeism rates for the most at-risk students in the district.

El Sol is one of hundreds of stakeholders. Teachers, parents, and other stakeholders like the government have a big role to play in helping children that are chronically absent from school. No matter the reason one has for not attending school, there is always a solution if all the concerned stakeholders make it a priority to find it. 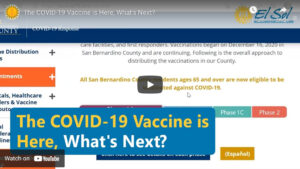